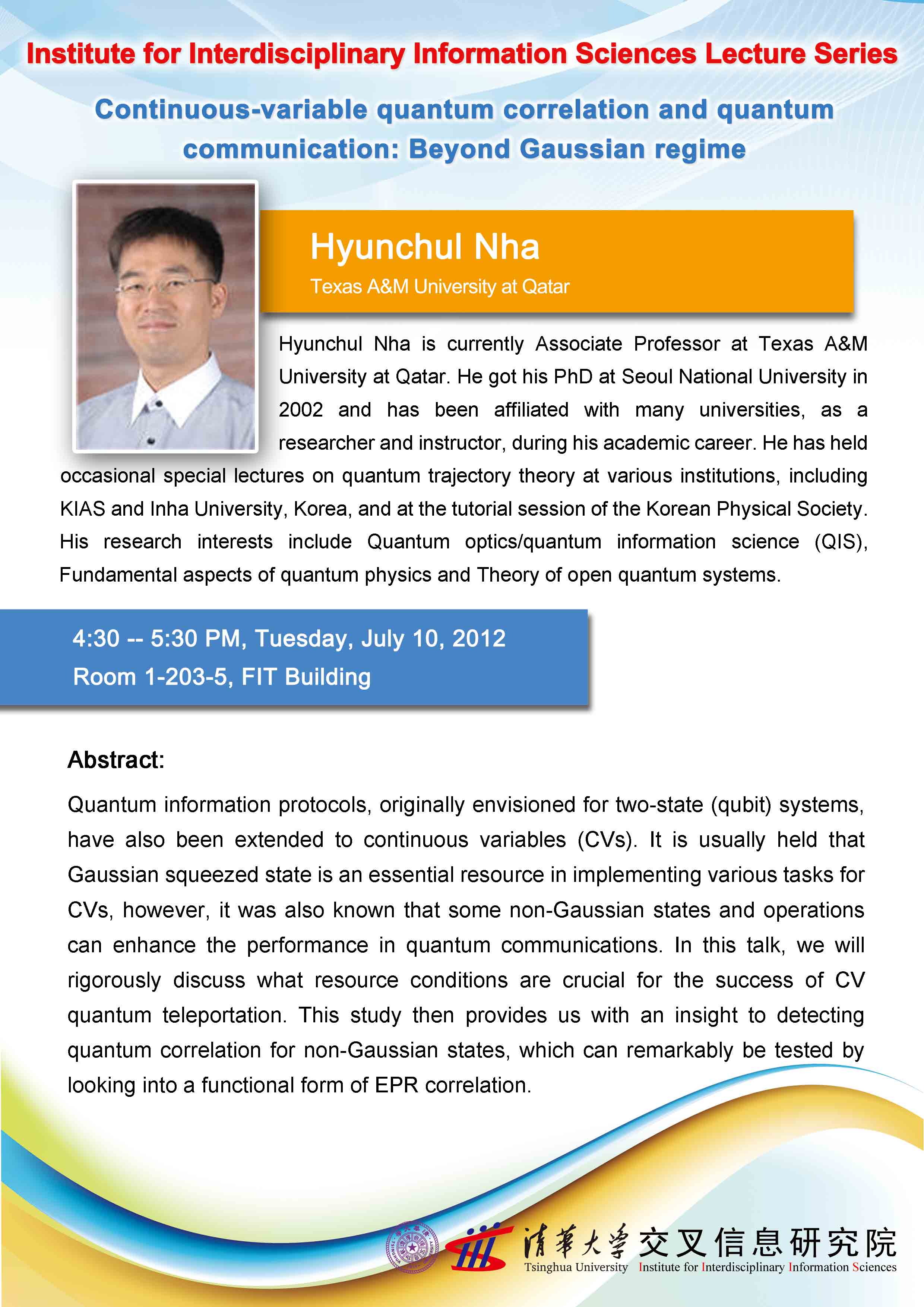 
Quantum information protocols, originally envisioned for two-state (qubit) systems, have also been extended to continuous variables (CVs). It is usually held that Gaussian squeezed state is an essential resource in implementing various tasks for CVs, however, it was also known that some non-Gaussian states and operations can enhance the performance in quantum communications. In this talk, we will rigorously discuss what resource conditions are crucial for the success of CV quantum teleportation. This study then provides us with an insight to detecting quantum correlation for non-Gaussian states, which can remarkably be tested by looking into a functional form of EPR correlation.


Hyunchul Nha is currently Associate Professor at Texas A&M University at Qatar. He got his PhD at Seoul National University in 2002 and has been affiliated with many universities, as a researcher and instructor, during his academic career. He has held occasional special lectures on quantum trajectory theory at various institutions, including KIAS and Inha University, Korea, and at the tutorial session of the Korean Physical Society. His research interests include Quantum optics/quantum information science (QIS), Fundamental aspects of quantum physics and Theory of open quantum systems.