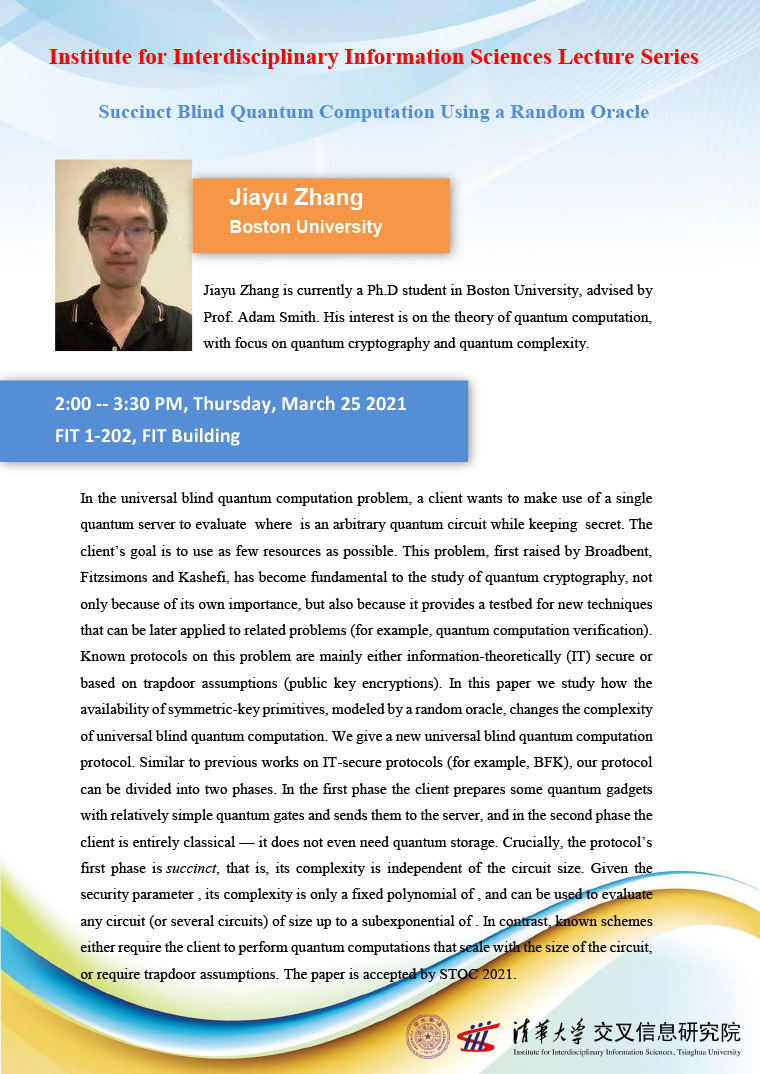 
In the universal blind quantum computation problem, a client wants to make use of a single quantum server to evaluate ‍‍ where ‍‍ is an arbitrary quantum circuit while keeping ‍‍ secret. The client’s goal is to use as few resources as possible. This problem, first raised by Broadbent, Fitzsimons and Kashefi, has become fundamental to the study of quantum cryptography, not only because of its own importance, but also because it provides a testbed for new techniques that can be later applied to related problems (for example, quantum computation verification). Known protocols on this problem are mainly either information-theoretically (IT) secure or based on trapdoor assumptions (public key encryptions). In this paper we study how the availability of symmetric-key primitives, modeled by a random oracle, changes the complexity of universal blind quantum computation. We give a new universal blind quantum computation protocol. Similar to previous works on IT-secure protocols (for example, BFK), our protocol can be divided into two phases. In the first phase the client prepares some quantum gadgets with relatively simple quantum gates and sends them to the server, and in the second phase the client is entirely classical — it does not even need quantum storage. Crucially, the protocol’s first phase is succinct, that is, its complexity is independent of the circuit size. Given the security parameter ‍‍, its complexity is only a fixed polynomial of ‍‍, and can be used to evaluate any circuit (or several circuits) of size up to a subexponential of . In contrast, known schemes either require the client to perform quantum computations that scale with the size of the circuit, or require trapdoor assumptions.


Jiayu Zhang is currently a Ph.D student in Boston University, advised by Prof. Adam Smith. His interest is on the theory of quantum computation, with focus on quantum cryptography and quantum complexity.