The research at the Tsinghua Center for Quantum Information focuses on experimental implementation of quantum computation and networks and theoretical study of quantum algorithms, entanglement, and cryptography. The major research thrusts include:

Defect electron and nuclear spins in diamonds recently emerge as a promising system for realization of quantum computation and networking. In particular, in the so-called nitrogen vacancy (NV) centers of the diamond, electron spins and surrounding nuclear spins can be optically initialized to pure states and read out with high fidelity. Quantum gates can be achieved through microwave pulses to control the inherent hyperfine interaction between the spins. Different NV centers can be coupled to each other through optically mediated interaction.

We have realized coherent control and manipulation of diamond NV centers both at room temperature and under the cryostat environment and fabricated micro-cavities around the NV centers. We combine the laser control with the nanofabrication technology to get an integrated solid-state system for scalable quantum computing and networking that combines the qubits best for different purposes in a single interface:  nuclear spins for long-time quantum storage, photons for the interaction bus qubits and long-distance communication, and electron spins for linking photons with the nuclear spins. 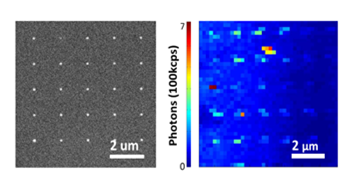 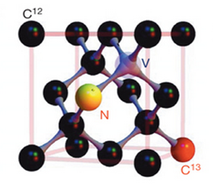 Figure: (Left) Defect electron and nuclear spins in a diamond lattice. (Right) Regular patterns of the NV centers in a diamond obtained through nitrogen implantation and E-beam lithography. 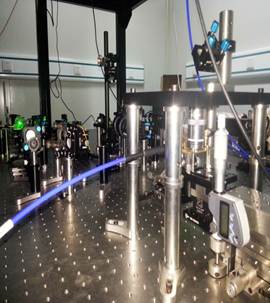 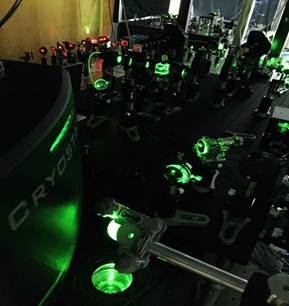 Figure: Quantum control of diamond defect spins at room temperature( Left) and in a cryostat (Right). 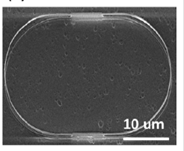 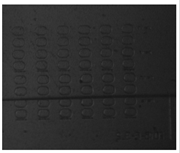 Superconducting qubits emerge as one of the leading systems for realization of quantum computation due to recent improvements in their coherence time, in particular with the so-called transmon qubits. Our superconducting transmon qubits are realized by using non-linear Josephson junctions. As artificial atoms, those transmon qubits can be fabricated and adjusted to have a wide range of parameters for various desired experimental purposes.

We design and fabricate superconducting microwave resonators with both three-dimensional geometry and coplanar waveguide (CPW) geometry. Three-dimensional cavities are known to have long coherence times. When coupled to non-linear qubits, the inherited anharmonicity of the cavity can be controlled precisely to make quantum gates. CPW resonators are easy to fabricate and integrate for larger systems. A combination of artificial qubits and coupled CPW resonators can be integrated together to make a scalable quantum computer. 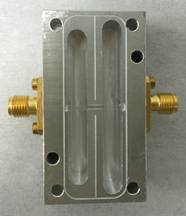 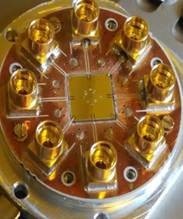 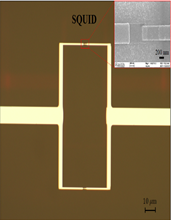 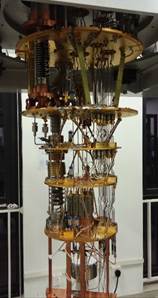 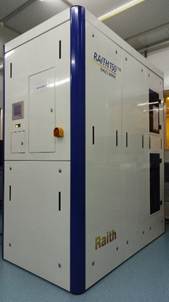 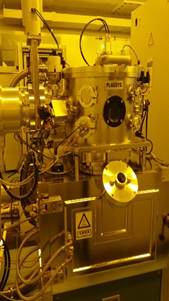 The theoretical projects at the CQI are along diverse directions. Duan’s group is interested in entanglement theory and its connection with fundamental physics, quantum algorithms for differential equation and large data analyses, and quantum simulation for many-body systems. Hamma’s research interests include the theory of topological and quantum orders, non-equilibrium dynamics, and the emergence of gauge fields, symmetries and particles. Research of Ma’s group is focused on quantum cryptography and nonlocality, with emphasis on practical quantum key distribution with optical implementations, quantum hacking, self-testing quantum key distribution, and quantum random number generation.